Due to the Covid-19 pandemic, people around the world are subject to restrictions on movement and travel. But, those under lockdown still need essential services to continue supplying them with food, medical equipment, and other necessities. However much of this work is not visible to the public, and few citizens think about where their supplies come from.

Most countries don’t manufacture or grow everything people need, instead importing many goods from overseas. The majority of this cargo is transported by ship, a key engine of the supply chain that is maintained by merchant seafarers, the unseen and unheard essential workers who are keeping countries alive in lockdown.

However, despite the essential nature of this work, a lack of co-operation between nations, and the failure to designate seafarers as key workers has left the engine of global trade in a vulnerable state, and exacted a harsh toll on the men and women who sustain it.

If we ignore these situations they shall continue to suffer, we shall suffer, the whole world will suffer.

“Anything related to their wellbeing on board, anything related to their general wellbeing has to be given top priority” says Miriam Camilleri, Managing Director of MCConsult and Chair of the CILT Malta Branch. “This is extremely important. We have to appreciate what these people are doing for us all. We have to really appreciate what would happen without these people…if they fail. They have extended their contract by many months with all the consequences that go with it. If we ignore these situations they shall continue to suffer, we shall suffer, the whole world will suffer.” 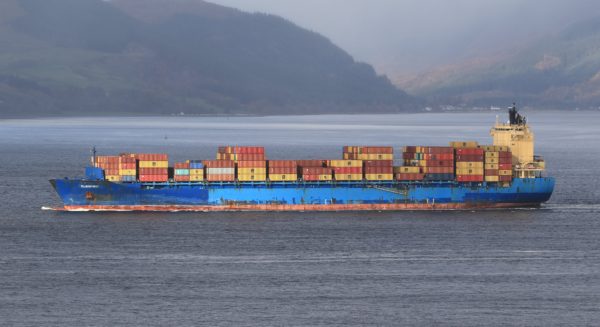 This is why many in the shipping community are getting behind the campaign Seafarers Delivering Christmas, to be launched in early December, that will seek to highlight the problems faced by seafarers, and put pressure on governments and authorities to create better frameworks for the welfare of seafarers, the facilitation of crew changes, and in doing so, help shipping to keep the global economy moving.

“The issue is essentially in March, when the world shut down and travel just stopped around the world seafarers were stuck on board their ships” says Guy Platton, Secretary General of the International Chamber of Shipping. “The ships carried on trading, and they carried on delivering the vital fuel, food and medical equipment, but a lot of the crew went over the end of their contacts, and just couldn’t get home.”

We got to a stage where we had about 400,000 over their contracts and needing to get home.

As this continued, more and more seafarers became stuck on board. “In a normal month about 100,000 seafarers leave ships and about 100,000 seafarers join ships. But we got to a stage where we had about 400,000 over their contracts and needing to get home. On the other side of the coin that means there are 400,000 seafarers waiting to join ships, and a lot of them earn very little or no pay while they’re waiting, because generally how it works is you get paid while you’re on board the ships, that’s the contact length.”

Things have begun to get better, with countries including the UK classing seafarers as key workers, but problems still exist says Guy, “A number of countries have adopted the key worker status, and a number of companies signed up to the outcomes of the UK hosted online Ministerial Summit, but I think it would be fair to say that there is still a long way to go.”

“It’s still something we’re plugging away at and lobbying hard. We continue to work with the IMO, ILO and WHO, and other UN bodies, to try and get governments to facilitate this. Also across the supply chain, getting charterers and others to realise they need to help facilitate this by not insisting on onerous commercial terms for shipping companies when they need to do crew changes.” 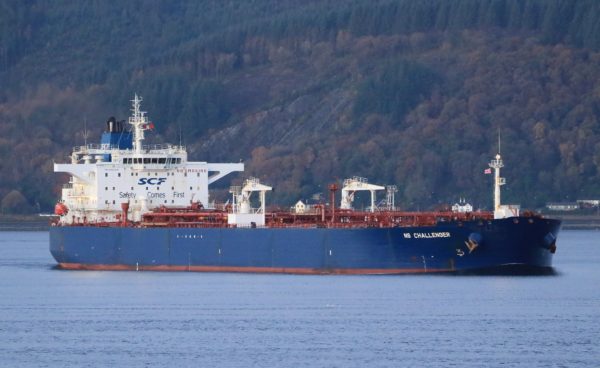 Despite this progress, things are far from resolved, and that’s taking a toll on seafarers and their families. “Seafarers tend to work seven days a week for the length of their contract, and then they have a period of rest. So, continuing to work people seven days a week beyond a year is debilitating. You can imagine the fatigue and the effect on mental health.”

“And of course you’re away from your family, your loved ones, probably worried about them. We know of stories of seafarers who have missed funerals, some have missed marriages, their own weddings have had to be cancelled, and a lot have missed the birth of their children. I think it’s the despair of not knowing when you’ll get off. People can usually cope if they know there’s a timescale, but I think it’s that not knowing that’s the real issue.”

People need to realise how important seafarers are, and not many do.

One major problem facing maritime organisations trying to change the current situation, is that there is little understanding of the important role seafarers play in keeping the world moving. As Miriam puts it, “We take shipping for granted. The man in the street takes it for granted, and I don’t blame them because they are not aware of the gravity of the situation. For them they want their commodities, they want to be supplied with whatever they need, but they don’t realise that if governments are not going to put the welfare of seafarers at the top of their agenda, there will be serious problems. People need to realise how important seafarers are, and not many do.”

It’s said that shipping transport is 90% of everything. So, at some point just about everything you’ve got, you’re wearing or you’re using has been on a ship. Whether that is components or the finished product or whatever. It’s said that without shipping half the world would freeze and the other half would starve. Shipping is absolutely fundamental, and it’s an integral part of the global logistics network. “If shipping gets log-jammed, the effects will be quite quick to be felt by the rest of the supply chain” says Guy.

Fundamentally, the world needs these issues resolved and sooner, rather than later. “Everyone’s got a role to play here. It’s the same with truck drivers or anybody, you need to have well rested people. I think all people working in the logistics sector are key workers, and seafarers are no different.”

“Of course, there’s a big event coming up on the 25th of December, and seafarers are a key part of delivering Christmas. Which is why we’re going to be kicking off our campaign in early December, because of the vital role they play, and we want to make sure we have well rested, healthy crew to make sure we keep the global supply chains running.”

Without ships, more than planes I would say, the world would stop. Stop. Every shipment counts. They are more than just key workers, these people.

This is true not just for Christmas, but as the world starts to move on after the Covid-19 pandemic. “I think once recovery starts shipping will have a vital role to play. Trade has actually rebounded quite quickly, and it’s trade that’s going to help the world raise itself out of the recession it is in, and for that you’re going to need ships.”

As Miriam puts it, “Without ships, more than planes I would say, the world would stop. Stop. Every shipment counts. They are more than just key workers, these people.”

The campaign Seafarers Delivering Christmas organised by the International Chamber of Shipping is due to begin in early December. Click here to read the ICS Seafarers Delivering Christmas Bulletin and find out how to get involved. Please also share the link to the bulletin with your contacts and via social media to encourage active participation and support for this initiative for our seafarers.

The Chartered Institute of Logistics and Transport (CILT) has published its ninth Covid-19 Best Practice Bulletin for members in the logistics, supply chain and transport sector.

Home • News • We Need Seafarers, and Seafarers Need Us