You know you have made it when they name a bus after you, but the Richard Wilding OBE bus, running the Royal Blue 33 route between Tilehurst and Reading is just a small part of the ongoing legacy of one of the industry’s great innovators. Ahead of this year’s International Convention in Wroclaw, where Richard is a guest speaker, I caught up with the man behind the bus route.

We start with a little personal history. Unsurprisingly for a man famous for his pioneering use of podcasts and vodcasts, Richard is an engaging speaker. Born in Sheffield, where his father lectured at the University, Richard learned to crawl up and down the physics department corridors. Despite this early exposure to higher education, Richard was not initially a scholar. However, pioneering treatment of a previously undiagnosed eye-tracking problem allowed him to begin gaining traction on his talents. ‘In my first year of secondary school I was I think last in the class, and by the time I was coming up to my GCSEs I was among the top five or six’.

Before going to University Richard spent a year studying a foundation course. ‘My A levels weren’t great, and Sheffield University had a one year foundation course you could that could then get you on to the main degree programme…I was actually with all the medics who had done arts subject…We did maths, physics and chemistry, I would then do some engineering and they would do dissection.’ Perhaps most importantly of all, he began to understand mathematics. ‘I had one of the best maths professors in Sheffield teaching me maths, and once you get a good teacher at maths you really start flying.’

After successfully completing the foundation course, Richard spent three years studying material sciences. Then industry came calling, with job offers from Rolls-Royce and Steetley Brick and Tile. ‘I was approached by the Production Director, a man called Roy Wade who sold me a vision…he wanted to professionalise the brick industry. So I turned down the job at Rolls-Royce,  Roy brought me in, and I was under his mentorship for a number of years…I moved through the organisation quite quickly and ended up working in Production Management in Newcastle-upon-Tyne…That what’s got me into supply Chain, because in that role I was responsible for bringing the raw materials in to the production facility…blending, making bricks, then I had a team who would sort the bricks and get them packed, and then I also worked with the transport and distribution people to get the bricks off site. So effectively I had responsibility for an entire supply chain.’

After Steetley came IMI Refiners. ‘The role (at Steetley) It was a really interesting role…but it was very much man management…things at that time weren’t particularly technologically advanced, and I realised I needed to move on and improve my technical skills…I went to work for IMI Refiners. I worked at a copper smelter in Walsall… My role there was to implement SCADA (Shopfloor Control & Data Acquisition) within their facilities. That was during the advent of bringing personal computers into the manufacturing environment’.

The next step was not so obvious. Approaching the end of a fixed term contract, with the 1991 recession kicking in and a first child on the way, Richard ‘accidentally fell into academia’. ‘I didn’t want to go into university to be quite honest with you, I wanted to carry on in industry…but I had this offer from the University of Warwick with the Warwick Manufacturing Group’. Richard was able to work on a variety of research projects and development programmes with companies like Rover Group and BAE. ‘That was a really great experience. What I found was I gained more insights into industry whilst doing that role.’

The other great benefit was being able to gain his doctorate in his spare time. Having obtained this, Richard felt the time was right to return to industry. ‘I thought: It’s 1997, I’ve got my doctorate, it’s time for a change again. I thought I’d go back in to industry but it didn’t happen…Martin Christopher from Cranfield University wanted me to go there and join his team…part of the deal was I was able to do private work and work with industry.’ This close relationship with industry is a key part of Richard’s approach to academia, and indeed Cranfield’s. ‘Cranfield is a great place because it’s all about knowledge into action, so we’re very practically biased in terms of the research and the work we do…and that means I’m working very closely with industry in my academic role.’

What Richard does not immediately admit to is his appointment as the first ever Professor of Supply Chain Risk Management, an area of study created in direct response to his work, notably his doctoral thesis An Investigation into Sources of Uncertainty in Industrial Supply Chains; Amplification, Deterministic Chaos & Parallel Interactions. ‘A lot of my research has been around Supply Chain dynamics.’ He talks about his time at Warwick and the value of being able to interact with other academics, including Professor Ian Stewart, and former Executive Director of the European Environment Agency Professor Jackie McGlade. ‘She had interest in this area as well, and there was Professor George Rowlands who had developed loads of stuff around analytics in chaos theory… I would go and see them and we would talk about these things. For example, Jackie was looking at food chains on coral reefs; I was looking at supply chains.’ These discussions culminated in a piece of highly influential academic research that continues to shape our ideas about the supply chain.

Our discussions on the importance of knowledge into action lead on to talk of the Institute and its core strengths. ‘Personally I would say the really important things are sharing ideas and developing professionally…You could say I’m a supply chain and logistics specialist, but with CILT I’ve been able to get involved in various things including looking at transport. Through CILT, I’m not just doing supply chain and logistics, but I’m moving into the world, and understanding the challenges the people transport industry has. For example being able to visit a bus depot and see how buses are being managed and run, I’ve learned things I’ve been able to apply to goods logistics.’

As well as being a Chartered Fellow, Richard has held several roles within CILT’s hierarchy, including nearly seven years on the CILT UK Board of Trustees, the last three as Chairman. ‘We’re coming up to the hundredth anniversary, and a really important thing for me is to put in place the foundations so that we can progress for another one hundred years.’ I ask if there is a particular message he has for the membership and Richard returns to the theme of knowledge interaction. ‘The thing I would really like all CILT members to develop is the understanding that by engaging with other sectors and forums, they can really innovate and improve their own area.’

The interaction of knowledge also forms the core of Richard’s presentation at the forthcoming CILT International Convention in Wroclaw. ‘We’ll call it Logistics 4.0, Transport 4.0, Supply Chain 4.0…but what we’re really talking about is the collision of Industry 4.0 technologies coming in to our sector and creating change.’ Richards defines these elements as Systems Integration, Big Bata, Simulation, Internet of Things, Cloud, Cyber Security, Autonomous Systems, Augmented Reality, and Additive Manufacturing.

According to Richard, the crucial point is these elements are not affecting industry singly, but in combination. ‘If you have a warehouse environment you might already have autonomous systems, you might have robotics in there, you might be using augmented reality in terms of vision picking…and that might be connected to the cloud in some way. If you’re looking at logistics, transport and supply chain, the planets are aligning around these components of Industry 4.0 and that’s enabling us to innovate in new ways.’

This large-scale wave of innovation will bring problems with it as well as solutions. ‘It’s going to create some big challenges for companies…but there are also massive societal implications. Some of these technologies are going require completely different skillsets from transport and logistics professionals.’

Richard illustrates his point using shoe manufacturer Nike, who last year announced they were making changes to a supply chain that includes 1 million workers in 566 factors, 75 distribution centres, and 30,000 retailers in 190 countries. ‘What they are doing is installing 1,200 new automated machines…These machines are mini production units. They’re near-shoring these, in other words they’ll put them in the local markets and no longer need to worry about shipping expenses, import duties or other production costs, and they’re saying this is great because it is going to reduce lead times from 60 days to 10 days. But they also state that there is going to be 50% less labour required, so if you think they currently employ over 1 million people, that means half a million people could potentially be losing their jobs.’

It is a serious thought, and viewed by Richard as both a challenge and a responsibility, ‘I think that as logistics, transport and supply chain professionals we need to realise that some of the decisions we make today are going to have massive implications not just for business and the economies of our countries, but for society as a whole.’ It is a sombre note to end on, at odds with the rest of our conversation, but Richard has already been generous with his time. I look forward to learning more in Wroclaw.

Next Story
News
What is the most crucial component of Industry 4.0? 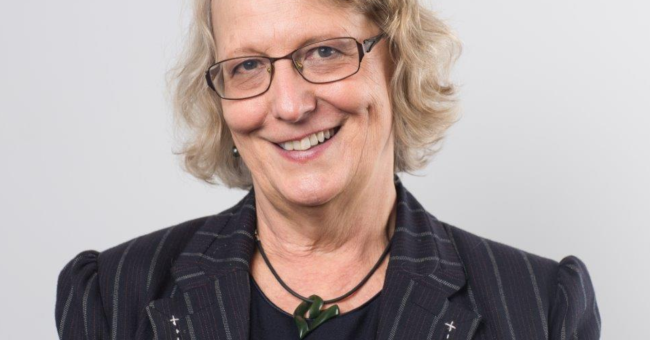