The Fast Train to China

This year saw the successful staging of the 3rd China International Logistics Development Conference in Suining City, China. Organised under the themes of Connectivity, Win-Win and Sharing it can be no surprise much of the discussion at conference, both on podiums and off, was about China’s exciting new One Belt One Road (OBOR) initiative. But what exactly is the OBOR, and what impact will it have on the world?

“If you want to get rich, you have to build roads first,” said Chinese President Xi Jinping October 2013 at the Asia-Pacific Economic Cooperation (APEC) annual summit. Therein lies the essential plan behind OBOR. However, to call it a single initiative is to belie the complex nature of the Chinese led endeavour. A vast collection of interconnected projects, businesses and financial institutions spanning a myriad of countries and linking, as did the ancient Silk Road from which the project draws its name, the East and the West.

Launched in February 2014 the OBOR initiative is far more than a simple road. Chinese companies have funded and built roads, bridges and tunnels across Central Asia, increasing trade and making China the dominant economic power in the region. In addition China has laid some 20,000 kilometres of high speed rail (HSR) globally, more than the rest of the world combined. This is all on top of the long established Chinese efforts in Africa, where according to news agency Xinhua, Beijing had already completed over one thousand projects including 2,233 kilometres of rail and 3,350 kilometres of highway construction.

There are also significant efforts across Europe, the terminus of both the original Silk Road and Beijing’s modern incarnation of it. More HSR, including a bullet train from Belgrade to Budapest, whilst another transport network including pipelines will stretch from the Chinese city of Xian westward as far as Belgium.

One of the key European projects is the rebuilding of the Greek port of Piraeus. A gateway into the European market, China’s largest trading area, it is also a part of the maritime thrust of OBOR. Equally as important to Beijing, and indeed the project in general, OBOR and linked projects such as the China-Pakistan Economic Corridor (CPEC) are responsible for building deep-sea ports in Gwadar, Pakistan, Kyaukphyu, Myanmar, and Sonadia Island, Bangladesh. A further port built in Hambantota, Sri Lanka and a container terminal in the capital Colombo. Hong Kong-based China Merchants Holdings International has announced its intention to invest in 10 overseas ports from Russia to West Africa and South-east Asia, as part of OBOR.

This announcement is also illustrative of the OBOR initiative’s ramifications for private companies and in particular world financial institutions. The project is vast, and the financing must match it. China Development Bank has already committed $900bn in OBOR projects, and the Asian Infrastructure Investment Bank (AIIB) has been set-up, initially with capital funds of some $40 billion. The multilateral nature of the bank, and Beijing’s promises of excellent long term yields, indicate that the capital commitment from member countries will rise significantly higher than the initial $100 billion. In addition, the New Development Bank (NDB) backed by the BRIC countries of Brazil, Russia, India and China has pledged $100 billion to OBOR related projects. There is also great interest from investors globally. “We are seeing a shift among the Chinese institutions in the OBOR projects toward syndication to international pension funds, insurance companies, sovereign wealth funds, private equity funds and others,” says Henry Tillman, chairman and chief executive officer at Grisons Peak, a London-based investment bank.

Viewed as a whole, there can be no doubt the OBOR is an ambitious and impressive initiative. It has been called China’s ‘Bretton Woods’ moment, invoking the 1944 conference when the USA and 44 countries set up the International Monetary Fund (IMF), the International Bank for Reconstruction and Development (IBRD) which would become the first of the institutions comprising the World Bank, and paved the way for what became known as ‘the golden age of capitalism’. The long term impact OBOR will have on a world economy still recovering from a difficult start to the century remains to be seen. It is certain however to be an exciting time for the logistics and transport industries.

The Cassidy Diet – how to make your business leaner, fitter and stronger. 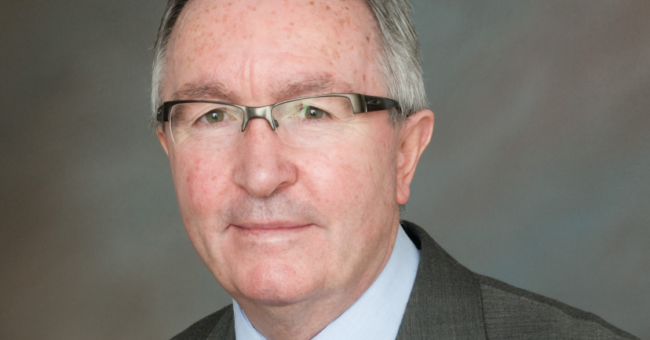