The Bridge-Builder of Wroclaw

It’s pronounced “vrotz-laf”. Dr Marcin Pawęska, President of CILT Poland and Rector of Wroclaw’s International University of Logistics and Transport, does not correct me. No doubt used to poor foreign pronunciation of Poland’s fourth largest city, he is already a few sentences ahead, speaking clear, accented English very quickly. I ask for a little personal history and he breezes through his biography – school in Poland followed by a BA and an MA in Business Administration from Erasmus University, Rotterdam, a PhD in Risk Management from the University of Žilina in the Slovak Republic, and perhaps most telling of all, an MA in International Relations from the University of Economics in Wroclaw.

This international outlook is reflected in his professional life. After completing his studies he spent five years in the UK working for global consultancies, before returning to Poland in 2009 to manage a logistics consultancy firm advising private logistics companies as well as local, regional and central government. Since 2015 Marcin has been a member of the Mobility Council advising the Mayor of Wroclaw on city logistics.

Over his career Marcin has also managed numerous research projects in logistics and transport, and continues to publish frequently in scientific journals both in Poland and abroad. Between 2011 and 2014 he was appointed one of five regional leaders of the logistics and transport section at the Polish Academy of Science, and in 2017 he was appointed a Visiting Professor by Ningbo University of Technology, China.

We turn to the subject of International Convention 2018 in Wroclaw, and immediately he widens the scope of our conversation to include all of Central and Eastern Europe (CEE). “The message that this convention provides is this is an important region for the worldwide logistics and transport community. This is the region where they see the growth, where they see the potential.” He points to the cluster of automotive excellence developing between Poland, the Czech Republic and the Slovak Republic. “I don’t believe anywhere in Europe there are so many manufacturers.” The automotive industry is of growing importance to the Polish economy, representing more than 7% of GDP in 2015 and over 160,000 jobs. It is also big business for the EU, which exported more than 6.3 million motor vehicles in 2016, worth €135 billion. “If you talk about the Silicone Valley of Automotive Manufacturing in Europe, this is Central and Eastern Europe.”

He turns to the theme for CILT International Convention 2018 in Wroclaw – Linking CEE to the World and the Impact of the Electric Car Revolution on Logistics. “Really the Electric and Autonomous Car I maybe should say, but it’s something that is already happening…one of these innovation waves that will change the way we see logistics and transport, not just in terms of passengers but cargo as well.” It is a phenomenon present in almost all modern industries, the rise of the smart, networked machine and the associated change in limits, capacities and thinking. As we discuss these challenges, Marcin’s excitement at the prospect is clear, “it will redefine the roles of logisticians, and the skills required…and CILT as the world wide institute leading the transformation and supporting the transformation is one of the key players.”

I take the opportunity to ask how he first became involved with CILT. “From one side working in the best logistics university in Poland, and from the other running a quite successful logistics consultancy, one day I just picked up the phone…I was looking for a reliable partner to strengthen the presence and internationalisation of logistics in Poland.” Following that call were a number of direct contacts, meetings and joint activities, ultimately leading to the formation of CILT Poland on the 3rd of October 2012. It is a partnership that Marcin sees as greatly beneficial to the wider Polish logistics and transport industry. “A key thing about the institute is at one side it is very broad, and at another it is very specific.” He refers to a project currently open at his desk, “I’m reminded by the metro map in front of me, when I or another CILT member in Poland is looking for an expert in a certain field, it’s very easy to locate one. CILT covers all industries and functional areas…I’m also an academic. In addition to a vibrant academic community there’s the Knowledge Centre (Europe’s largest collection of logistics, transport and supply chain resources, maintained by CILT (UK)). I don’t think I’ve come across so wide a range of articles”.

We talk more about the founding of CILT Poland. Marcin describes making the decision in response to a landscape of industry bodies too narrowly focused for the modern world of logistics. “One thing that is missing is international coverage…also an organisation that is broader and not only specific for a selection of the industry…I saw the potential that CILT has, not only in terms of the people supporting it, but in terms of heritage, and institutional strength. CILT is a unique body where members can benefit from joining an organisation that has helped shape the logistics landscape for almost 100 years. It is a huge opportunity not only for Poland but the entire CEE region.”

Speaking about the future Marcin describes growing the size and influence of CILT in Poland, and in other countries throughout the CEE, and how Wroclaw 2018 is a large part of that. “After International Convention in Dubai I thought this event would be great for developing CILT in Central and Eastern Europe, because this type of event really shows the strength of the organisation to everyone around.” A modern maxim for Transport and Logistics is that the world is getting smaller, and Central and Eastern Europe is no different, coupling rail and road networks with political and legal frameworks – the fifth enlargement of the EU in 2004 saw Estonia, Latvia, Lithuania, Poland, the Czech Republic, the Slovak Republic and Slovenia become member states, followed by Bulgaria and Romania in 2007, and Croatia in 2013. I inquire as to how closely the countries work together, “We’ve always been close neighbours…we have very strong ties both on a government and business level.”

But Marcin is not just focused on Poland’s immediate neighbours, “We want to strengthen the Convention’s regional approach…including Ukraine, where we have CILT…and now Kazakhstan…but also Czech Republic, Slovak Republic, Hungary, Romania, the Baltic States and so on.”

Linking Central and Eastern Europe to the World

Central and Eastern Europe is not easily defined, with both politics and geography playing a role. It usually refers to the Eastern Bloc countries west of the post world war II border with the former Soviet Union, as well as the independent states in former Yugoslavia, and Estonia, Latvia and Lithuania, the Baltic states that chose not to join the Commonwealth of Independent States (CIS) formed during the dissolution of the Soviet Union. The Organisation for Economic Co-operation and Development (OECD) defines the group as Albania, Bulgaria, Croatia, the Czech Republic, Hungary, Poland, Romania, the Slovak Republic, Slovenia, Estonia, Latvia and Lithuania. Other organisations sometimes include the NATO states of Bosnia-Herzegovina and Montenegro, as well as Serbia and Macedonia.

Regardless of exact definitions, it is an important area for the world. According to the World Bank, “the transition is over” for the 10 countries that joined the EU in 2004 and 2007, and that means a whole series of new market economies along Europe’s eastern edge, with all the associated opportunities and challenges. Linking CEE to the World could not be a more apposite theme, especially given that CILT International Convention is one of the few truly global conversations in the industry. Speaking after International Convention 2017 in Macao, CILT International President Kevin Byrne highlighted this strength, “It’s so important to keep in touch with industry realities around the world, and the best way to do that is meeting the people…Macao has been excellent.” He also spoke about the prospect of Convention 2018 in Poland, “the economic and structural changes in the region have been tremendous, Wroclaw 2018 will be an excellent chance to meet the professionals responsible, and to share experience and best practice with members from across the world.” 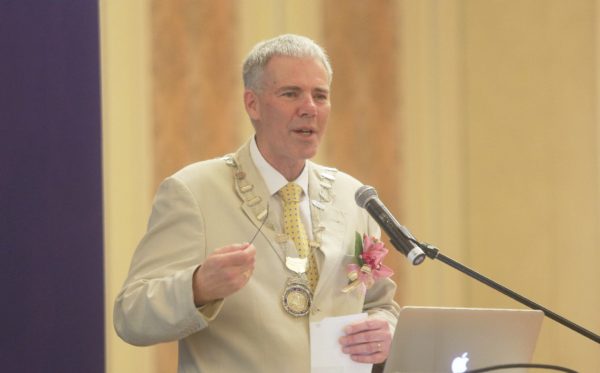 Marcin too is well aware of this international strength, citing the value of CILT International Convention, both in terms of contacts made and understanding shared, “It’s the opportunity to link up with experts, for instance linking with experts in public transport from the UK really gave our city a new perspective on how to do things…It’s the transfer of knowledge. Maybe you can get the information on the internet, but you don’t get to access to these kinds of people straightaway unless you know them.”

Asked if he has any changes in mind for Wroclaw 2018, Marcin refers to President Byrne’s call for the Institute to realise the value and potential of Young Professionals, outlining the decision “to involve Young Professionals more as they are the future of the industry. We will increase the role of YPs…and have much lower payments for them to attend.” For Marcin it is about more than just improving access to the Young Professionals conference. Instead the convention team are looking at ways of redesigning the timetable to increase the involvement of Young Professionals throughout Convention, and facilitate greater interaction between members of all ages. “We really want to engage with YPs from day zero.”

He is as passionate about the drive toward a more inclusive and equal workplace, “There is a vibrant community of female logisticians in Poland and CEE, and I’m delighted they will have the opportunity to attend the WiLAT (Women in Logistics and Transport) Conference.” 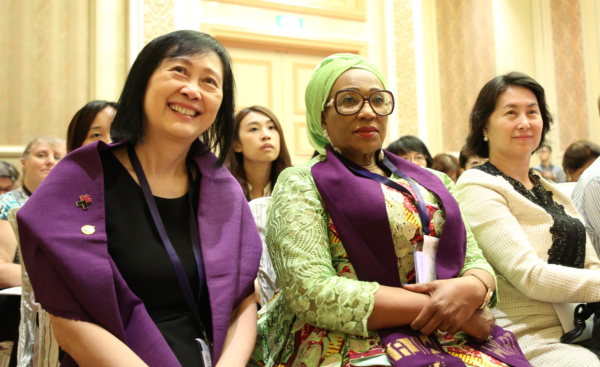 I ask what impact he thinks International Convention will have on Wroclaw itself. “City officials are delighted that this type of influential event is taking place in the city… Wroclaw has already been a European Capital of Culture (in 2016) and has been selected as one of the best cities to live in, one of the most beautiful cities to live in and so on and so on…”  He speaks with pride about “the city of more than one hundred bridges” and the fourth largest in Poland. The historical capital of Lower Silesia, it represents a fascinating blend of cultures, religions and politics, and boasts a proud academic heritage – the University of Wroclaw has produced nine Nobel Prize winners since the beginning of the 20th century. It is home to a growing student community and acts as the financial, cultural and commercial hub of western Poland. Equally important for Marcin is Wroclaw’s position as a major logistics hub, “if you look at all the routes from East to West, you have to go either through Poznań or through Wroclaw. You will find very big logistics companies here…for instance the third largest distribution centre for Amazon in the world is in Wroclaw. It’s showing that Wroclaw is really important in terms of logistics.”

I thank him for his time – we have talked solidly for nearly an hour covering a wide range of topics, far more than fit here. What has become evident throughout is just how international an outlook Marcin has. When he’s not in Wroclaw, a city full of actual bridges, he’s out building metaphorical ones, throughout Europe and the world. I ask if there’s anything else he’d like to say to the CILT membership. “Well, a few words about CILT Poland: We are some 200 members, but I believe when people see the strength of CILT it will be a real boost for our region…What’s key here is that it is big news for Central and Eastern Europe.” 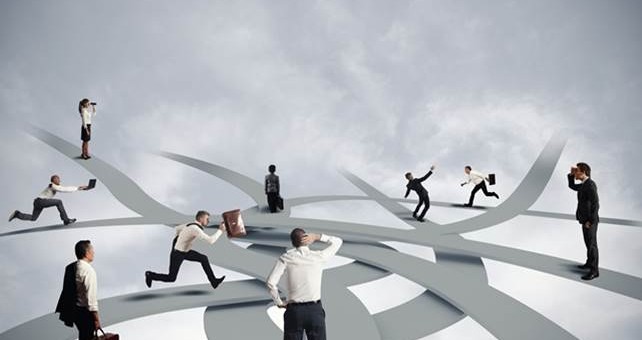 Home • News • The Bridge-Builder of Wroclaw