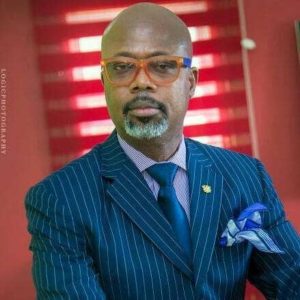 As Special Adviser to the Council of Trustees I work closely with the Trustees to create governance structures and systems that promote our values, support existing branches and encourage the development of new ones across the continent. I am particularly focused on enabling the success of YP and WiLAT groups throughout Africa.

I am very proud of my long association with the Institute. I started my CILT career at branch level as Treasurer of CILT Ghana in 2000. In 2004, I became Honorary Secretary before being appointed International Vice President three years later. I was the first IVP to serve a full five-year term, during which time I instituted many successful reforms.

In 2012 at the Annual Convention in Birmingham, I was honoured with the Pegasus Award in recognition of my long and distinguished service to the institute. In 2019 I stepped down as the IVP responsible for Africa, and assumed a new role as Special Adviser to the Trustees, with a focus on restructuring and reforming our operations in Africa.

It feels good to be working for Africa, and promoting our values to the world. I am excited about the future, and look forward to playing my part establishing new branches and territories, and helping to realise the vast potential of our continent.