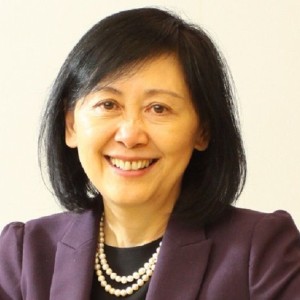 I am the Immediate Past President of the Institute (2013-2014) and was awarded Honorary Fellowship in September 2015. I will continue to serve the Institute in my capacity as Global Chairperson for WiLAT.

I am the Deputy Director, School of Professional and Continuing Education, University of Hong Kong, and Head of Centre for Logistics & Transport;  the Independent Non-Executive Director of the Hong Kong  Mass Transit Railway Corporation Limited and AMS Public Transport Limited.

Retiring in 2002 as the Deputy Commissioner for Transport, I was awarded the Bronze Bauhinia Star by the Government of Hong Kong for my dedicated and meritorious service in transport.

I served as the Honorary Secretary and Membership Officer of the Chartered Institute of Logistics and Transport (CILT) in Hong Kong in 1978-1982 and as the chairperson in 1989-90.

I was the International Vice President of the Institute between 2003 and 2007 and until 2010 was the Council member responsible for membership and education during which the Certified Professional Logistician Programme was developed for the Institute.

I was elected President of the Institute and served between 2013 and 2014.  Under my presidency, a new chapter “Women in Logistics and Transport” was established promoting women participation in the industry.  Since then, this women group has grown to 16 countries.  I will continue to serve the Institute in my capacity as Global Chairperson for WiLAT.

I was awarded Honorary Fellowship in September 2015 and it is my privilege to serve our member countries.  We are Stronger Together.